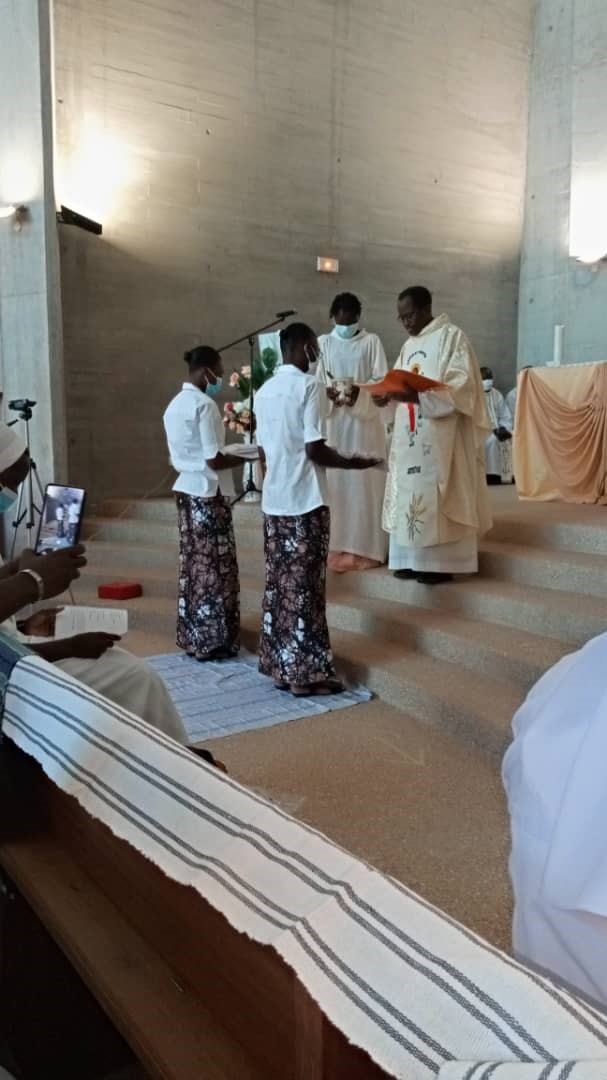 On Saturday, September 25th, 2021, at 10:00 am, at the Eucharist celebrated by Fr. Ignace Sambou, of the Congregation of the Brothers of the Sacred Heart, Rose Evelyne Sarr and Elizabeth Mendy made their first vows in the Congregation of the Sisters of St. Joseph of Annecy. The parish community of Epiphany of the Lord, Nianing, the families and acquaintances of our sisters, as well as a number of our Sisters were present at the ceremony. After a long wait of 11 years, the parish has just had its first Sister of Saint Joseph: Rose Evelyne Sarr, and this explains the immense joy of the people of God.

In the presence of several priests, religious, people from different parts of Senegal and the Gambia, the two novices, after dialogue with the main celebrant of the day, made the free choice to live as Sisters of St. Joseph of Annecy by professing the evangelical counsels of chastity, poverty and obedience according to the rules of the Congregation before the Regional Superior, Sr. Marie Pierre Ndiaye.

In his homily, the celebrant of the day first underlined the following: "it is rare to see in this 21st century, young people commit themselves to religious life”. He went on to encourage the new sisters by making a link with the words of the prophet Isaiah 43:4, "you are precious in my sight, you mean a lot to me, and I love you..." He asked parents to reflect on using phrases such as "My daughter is mine; I have sacrificed myself for her, she is precious in my sight. The celebrant described this as "a sad reality of competing with God".

He added that the religious and priestly vocation is born and nurtured in the family, and supported from the hearts of the parents. It is therefore part of the life of the Church to say a big thank you to parents who accept that their children consecrate themselves to God. During the mass, the parents and the sisters of the Congregation repeated after the celebrant the prayers formulated promising to continue to support the newly professed sisters in their journey. 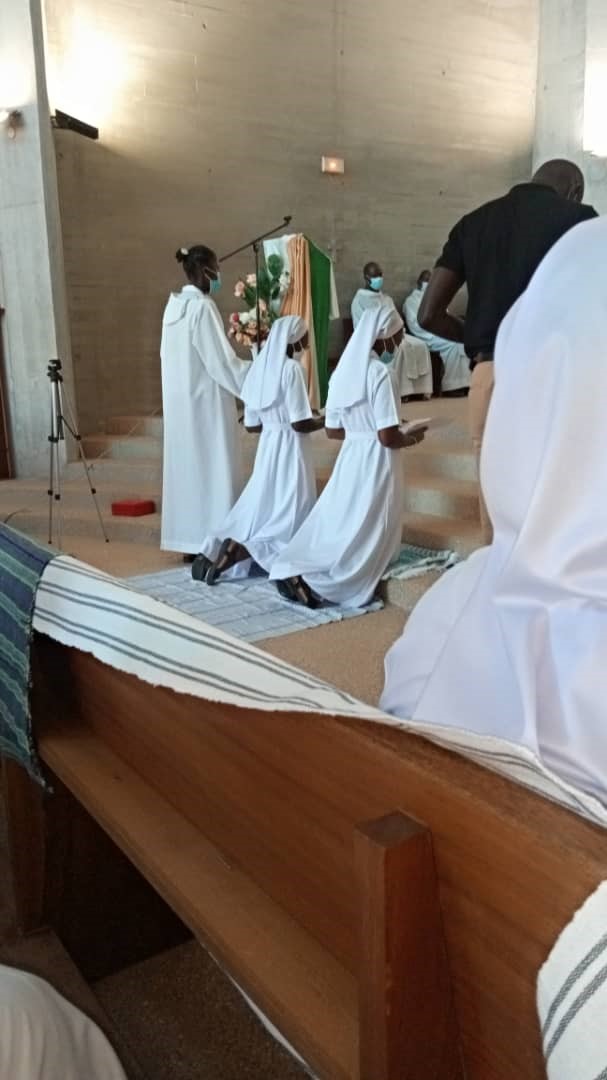 Before the end of the mass, some people were invited  to speak, especially the newly professed sisters. In   their words of thanksgiving, they expressed their              gratitude to God, to the formators, to the elders of   the Congregation, to their parents and to all those who  supported them in their journey. Marie Pierre Ndiaye, Regional Superior,   addressed the newly professed sisters, thanking them for having chosen the Congregation of the Sisters of St. Joseph of Annecy and invited them to give the best of their ability to live our charism.

In thanksgiving and by way of gratitude to God, we can say that we have let the owner of the field, the true farmer, the one who works day and night, act when we are asleep and to whom we are mere helpers, useless servants. 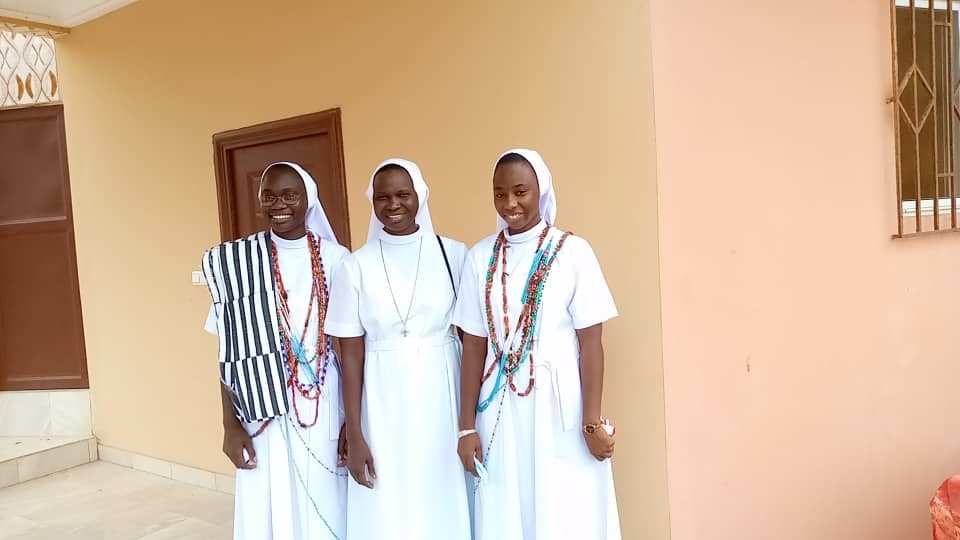 Thus, with faith and trust in our Lord, we arenvited by him, at the hour He chose and freely fixed with his Father, to harvest. How beautiful is the work of the Lord when we trust Him. Yes, the works of the Lord are beautiful. For they give us joy. 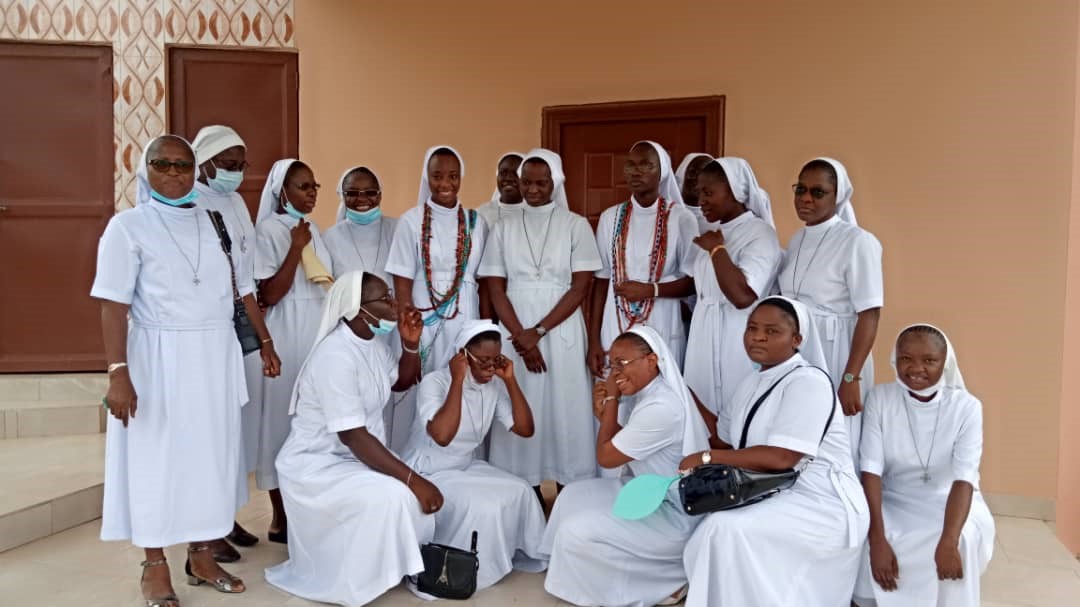 At the end of the mass, drinks and some food were offered in companionship and simplicity by the daughters of The Little Design.