Opening of the Living History Centre

Opening of the Living History Centre

The Opening of the Living History Centre
of the Sisters of the Institute of St. Joseph 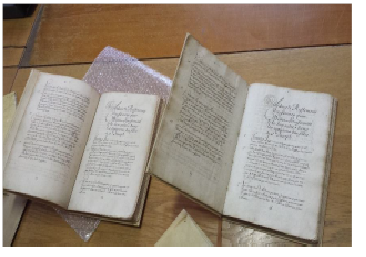 Le Puy en Velay is a unique place for the Sisters of St. Joseph because it is where they were founded and from where they have spread throughout the world. It is not just a geographical site; it is a place of welcome for all our Sisters and also for our entire “spiritual family of St. Joseph.”

The building in which the Archives are based, underwent extensive renovation between 2010 and 2012. This work was an opportunity for the Sisters of the Institute to reflect on how this place could be used for all the Sisters of St. Joseph.

The beginning of the work

The opening of the International Centre of the Sisters of St. Joseph in 2004 had revived the question of welcoming the public. A new structure was created at a world level -regrouping representatives of Federations and Congregations of Sisters of St. Joseph which was named the Global Coordination Group. The Global Coordination Group took up the issue and financial implications.

In 2010/2011, the Council of the Institue asked Sr. Nadia Boudon to take charge of the Archives in Le Puy and gave her the task of “rethinking” how the building could be used when the significant repairs were completed. She would be helped by Sr. Catherine Louis and Sr. Therese Chantal Charras.

The reflection had two aspects: The conservation of the archives and how they were to be preserved and the means of actually welcoming the public in an exhibition room.

The small group set to work quickly. It began by identifying different aspects. A visit to theCamino Museum which depicts paths taken by pilgrims to the shrine of St. James of Compostello, was needed so that they could determine the way forward for the project. The creation of a scenographie would allow visitors to enter into our history and experience. Sr. Catherine Louis, Sr. Therese Chantal Charras and Sr. Nadia Boudon worked for two years (2012-2014) in the planning of the project and they decided to “showcase” the development and evolution of the Sisters of St. Joseph across the sometimes turbulent centuries.

They decided to concentrate on three chronological aspects: The history of France; the history of the Church in France and the history of our foundation. Woven though it would be readings from St. Luke’s Gospel and extracts from the Eucharistic Letter.

The exhibition spans a timeline: events which happened before the foundation; the end of the Wars of Religion (the end of the sixteenth century); the period of the Fronde (the beginning of the seventeenth century) up until 1994, the date on which the Sisters of St. Joseph of Le Puy became the Institute of the Sisters of St. Joseph, when four Congregations: Clermont-Ferrand, Viviers, St. Etienne de Lugdares and Le Puy en Velay, as well as St. Regis d’Aubenas and the Christian Doctrine of Meyrueis came together. St. Joseph of Rodez joined them in 1997.

While Sr. Nadia and her team were planning their project, Mr. Joseph Rogers knocked on the door of the International Centre and offered the financial help of the Moggio Foundation. This “providential” aid allowed the Global Coordinating Group to accept the proposals of Mr. Fortunier of the “Societe Museophone” for the restoration of a number of pieces. Mme Aurelia Catrin from Lyon was asked to restore the paintings, and Atelier du Patrimoine de Bordeaux, was commissioned to work on the documents and papers.

In August 2016 the scenographie was installed and the “Living History Centre” was formally opened by Mr. Rogers on Friday 23rd. September 2016 in the presence of many Sisters of St. Joseph from around the world, as well as many distinguished invited guests. 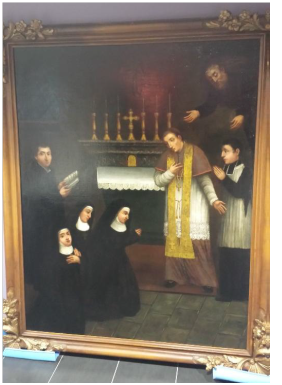