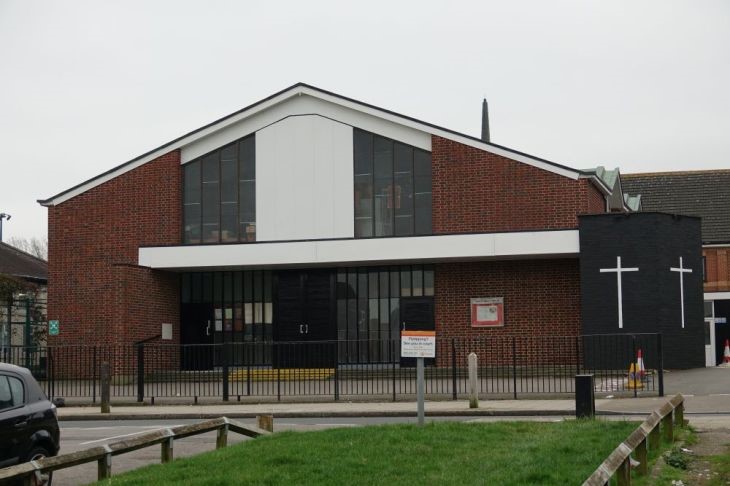 Sr. Collette came to Downham as parish sister in September 2009, joining the Mottingham community and continuing the long association between the parish and the Sisters of St. Joseph. In June 2021, the community closed and our presence in south-east London seemingly came to an end. 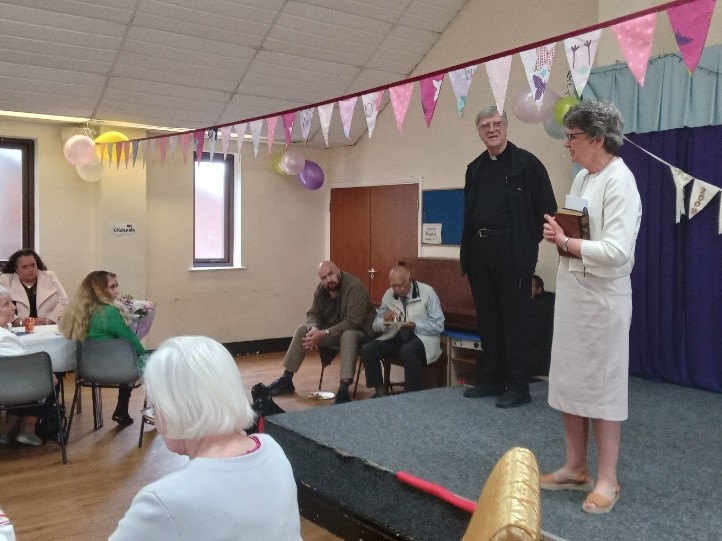 Back in 1931, a request had been made for the Sisters to come to help with the growing Catholic population in the expanding Downham estate. Their first home was in Chinbrook Road, but three years later they moved to Meredith House in Grove Park. A parishioner recalls there being a beautiful chapel there with a very old harmonium and the organist having to pump the pedals up and down for it to work. She also has good memories of processions in honour of Mary in the grounds of the convent when the may-trees were in full blossom.
The Sisters became a very familiar sight in Downham because at that time they wore their long black habits with white wimples. They are remembered for walking everywhere, whatever the weather. In 1933, they opened Good Shepherd Primary School. A parishioner writes: “My headmistress was Sr. Ambrose and I remember three other nuns, Srs. Mary Ita, Elizabeth and Philomena. They expected high standards from us, and, through them, Good Shepherd School gained a very good reputation.” She also recalls that the ‘nuns’ kept the school open throughout World War II, only closing for a very short time for bomb damage to be repaired. Another memory was of seeing Sr. Mary Ita and Sr. Elizabeth pinning up their long robes to play Shinty, a very rough form of hockey and, she says, the Nuns were VERY competitive!! Other sisters that came to her mind were Sr. Mary (O’Neill) who came to Good Shepherd as headmistress in January 1975, Sr. Mechthild, Sr. Mary Pius, Sr. Mary Alban and Sr. Mary Joan.
The same Downham parishioner also remembers the nuns doing a lot of work in the parish. As well as all their parish duties and running the school, she says, they opened a residential home for children in the grounds of the convent. In 1990, however, circumstances had changed, and the Sisters moved from Grove Park to a smaller house in Mottingham where they were to stay until June 2021. By then, numbers in the ‘English’ Province (which over the years had included England, Wales, Scotland and Ireland) had fallen to such an extent that it was felt best for the majority to come together in and around Llantarnam in Wales, the only other presence being our sisters in Killorglin in Ireland. So, in the midst of the Covid pandemic, the last four sisters sadly left Mottingham and moved to Llantarnam. Our presence in England came to a close … at least for the foreseeable future.
It has been difficult to say proper good-byes to people during the pandemic, but the parishioners of Downham were keen that the dedicated pastoral work and catechesis of their parish sister should not be left unacknowledged. And so, almost exactly a year after the sisters’ departure, when Covid was less virulent, they invited her and her family back for a celebration and presentation. Mass was offered in gratitude to God for his almost 13-year gift of Sr. Collette to the parish. A large group of parishioners came to wish her well, to exchange reminiscences, thanks and tokens of friendship, and a good meal was enjoyed by all. 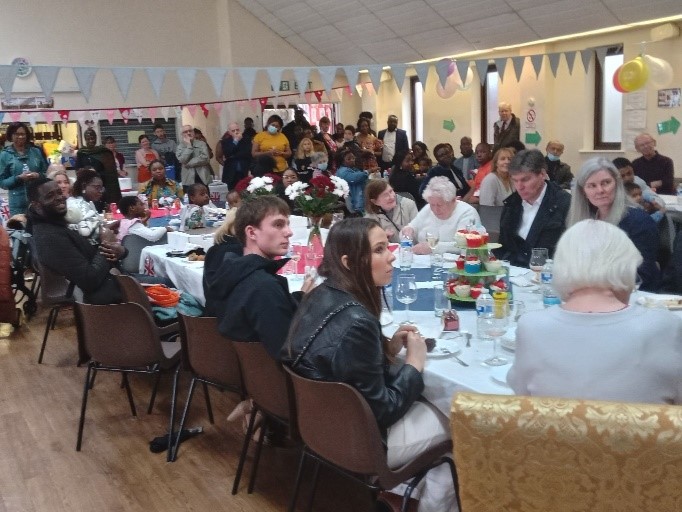 As we, as a Province, actively live diminishment, it is comforting to be reminded that the Love we have been called to share will continue to fire the hearts and lives of others for years to come. Thanks be to God.