Rededication of the Cemetery Cross

Rededication of the Cemetery Cross
at Blairs College, Scotland

On Saturday, 4th June a ceremony took place for the rededication of the Cemetery Cross at the former Blairs College, Aberdeen, Scotland. The “Friends of Blairs College” had informed Sr. Breda that it was to take place and afterwards sent a copy of the Order of Service as well as photographs. The cross is inscribed with the names of four Sisters – Sr. May Patricia (Mary Harris), Sr. Mary Vincent (Mary Hinks), Sr. St. Joseph (Philomene Chevalier) and Sr. Marie Philiberte (Marie Tessier) who had worked at the College and who are buried in the cemetery there. Monsignor McIntyre, the last Rector of the College, praised the work of all the Sisters and recognized the selfless role they had played in the formation of the students when it had been a Seminary for boys and young men who were training for the Priesthood. 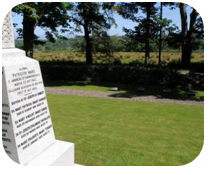 Anti clerical religious movements in France at the beginning of the twentieth century had resulted in the dispersal of many Sisters and was a cause of great anxiety for the Congregation. In August 1903 ten young Sisters, all qualified teachers, set sail for India and were followed in January 1904 by nine more – much to the delight of Bishop Clerc of Visakhapatnam. The English Province was also pleased to welcome the Sisters from France and as a result was able to open the new foundation at Blairs.

In 1906 a group of five English and seven French Sisters made the four hundred mile train journey from Newport to the North of Scotland and were welcomed by Bishop Chisholm of Aberdeen and the Rector of the College, Fr. Mc Gregor. They had been asked to take charge of the domestic affairs of the college. They were to remain there for many years and were greatly appreciated by both lecturers and students. More recently Sr. Mary Francis from the Province of France was a member of the community and part of the teaching staff.

Although many years have passed, it is reported that “a few tears were shed” at therededication ceremony. 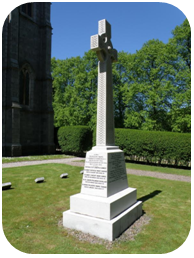